Selective Laser Trabeculoplasty is the newest alternative for suffering Fort Myers and Naples glaucoma patients. Previous treatments left Southwest Florida glaucoma patients with few options: eye drops, or complicated surgery. Selective Laser Trabeculoplasty or SLT is a new, innovative laser-based procedure that successfully lowers intraocular pressure. In comparison to other antiquated treatments, SLT is repeatable, non-invasive and does not result in any major side effects. Hundreds of thousands of patients have already gained relief from this non-invasive, gentle procedure. 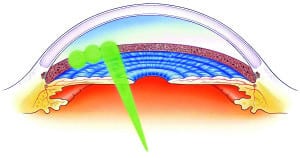 In North America and Europe today, Glaucoma is the leading cause of blindness. Patients suffering with glaucoma most often complain of an increase of pressure inside the eye. A prolonged period of this symptom can cause serious damage to the eye, specifically the framework that receives and transmits images, ultimately resulting in irreversible vision loss.

The most common form of glaucoma is Open-Angle Glaucoma. When the eye’s aqueous fluid is no longer produced and drained at a balanced rate, risking the health of the lens and cornea, intraocular pressure develops in the eye leading to discomfiture due to pressure, and the eventual loss of vision. 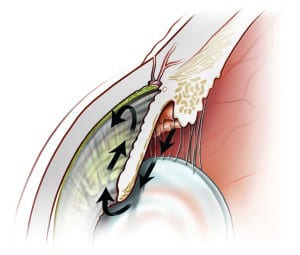 Selective Laser Trabeculoplasty, or SLT,is a form of laser surgery that is used to lower intraocular pressure in glaucoma. It is used when eye drop medications are not lowering the eye pressure enough or are causing significant side effects. It may sometimes be used as initial treatment in glaucoma.

SLT has been in use for 12 years in the United States and around the world.